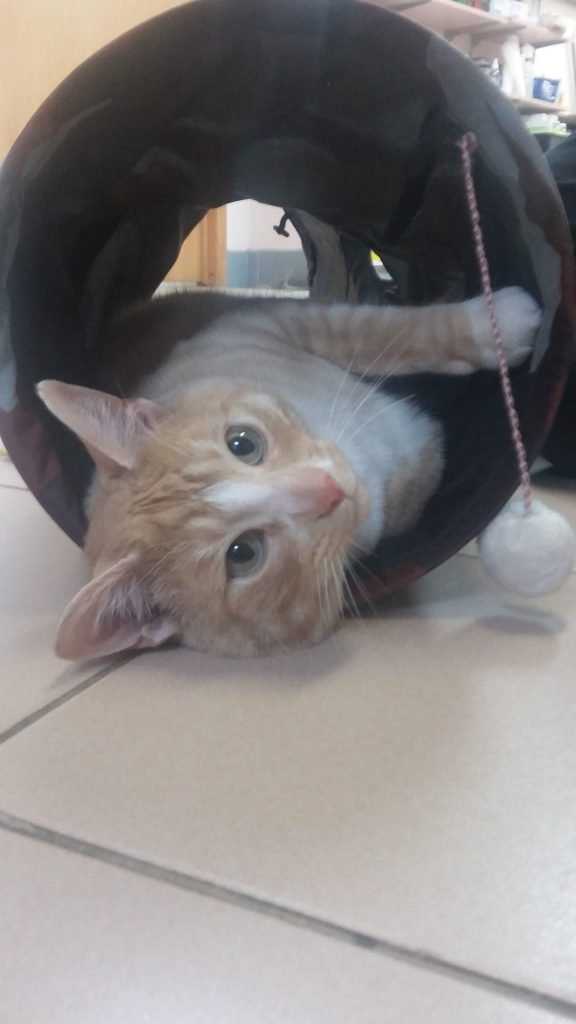 On June 20, 2015, Gunther arrived at Mission Ridge Animal Hospital as a stray with an injured front leg. To the hospital’s dismay, it was discovered that Gunther had been shot and the bullet was still in his leg surrounded by shattered bone. Unfortunately, amputation was the only option. The hospital’s team agreed to use the OSCAR Fund to help save Gunther.

Gunther’s kind, gentle, and loving demeanour immediately won over the hospital team. Despite his pain, he did not stop purring. As time passed, he recovered and adjusted well to only having three legs.

The hospital tried to adopt him out, but were unable to find him a home. They previously had a cat named Tibby, but she did not enjoy being a clinic cat and found a new home with one of their technicians. Since then, Gunther has taken her place and he loves living at the hospital!

After Gunther recovered, he was allowed to have the run of the kennel area at night. It was closed off from the rest of the hospital by a solid door. One morning, the staff came in to find him on the opposite side. Seems like he had a little party the night before. He chewed open the two most expensive bags of dog food, knocked many items off the desk, and used the plant in the reception area as a litter box.

At first, the staff assumed they had forgotten to lock him up. After a few more occurrences, they discovered that he was very sly and was prying open a ceiling tile in the kennel room and then crawling through “mission impossible” style. He now sleeps in another kennel area where there are no ceiling tiles. 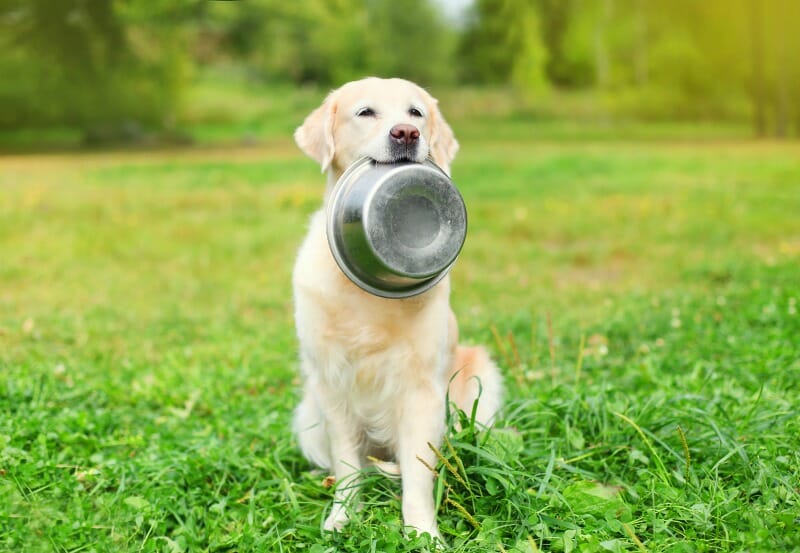 During August and September, we are focusing on pet nutrition.

With recent changes to restrictions on businesses, we have made some important updates to our operating policies.

1. WE CAN NOW SEE ALL CASES BY APPOINTMENT ONLY

2. SAFETY MEASURES TO KEEP EVERYONE SAFE

If you wish to connect with a veterinarian via message, phone or video, visit our website and follow the "Online Consultation" link.

Have you welcomed a new furry family member to your home? We’d love to meet them! Visit our Must Know New Pet Owner Information page for useful resources and helpful recommendations for new pet owners.

We are OPEN with the following hours:

Thank you for your patience and understanding and we look forward to seeing you and your furry family members again!