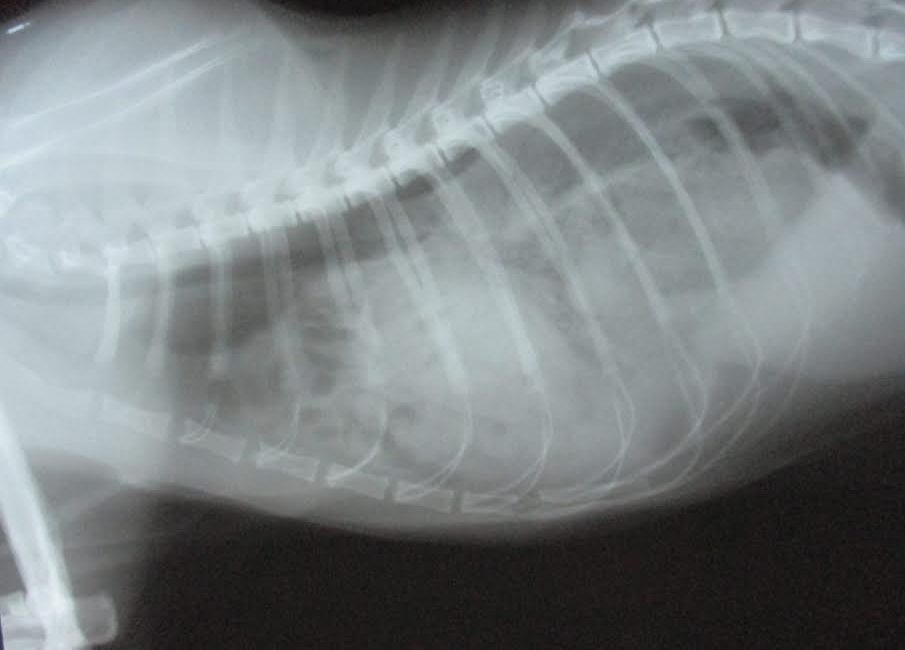 Bill Murray The Cat and His Interesting Case

I wanted to share an interesting case that came into our clinic this past year.

The cat’s name is Bill Murray. He is a 2 year old male grey medium haired cat. He went missing for 1 week and his owners were very worried. Fortunately he returned home and was very hungry and seemed ok. Then the owners started to notice that his tail was droopy and he was quite tired and not acting himself.

The owners brought him to the clinic for an exam. When I examined him, I immediately knew that his tail had been severely injured. However there was something else just not quite right about his physical examination especially in his abdomen that I just could not figure out.

We x-rayed him and quickly found out what was going on. We confirmed that his tail was fractured and dislocated. However, what was more remarkable on the x-ray was the lack of intestines, stomach and liver. The abdomen looked quite empty! Where did they go? We then x-rayed the chest and found the missing organs. No wonder he was not feeling well. 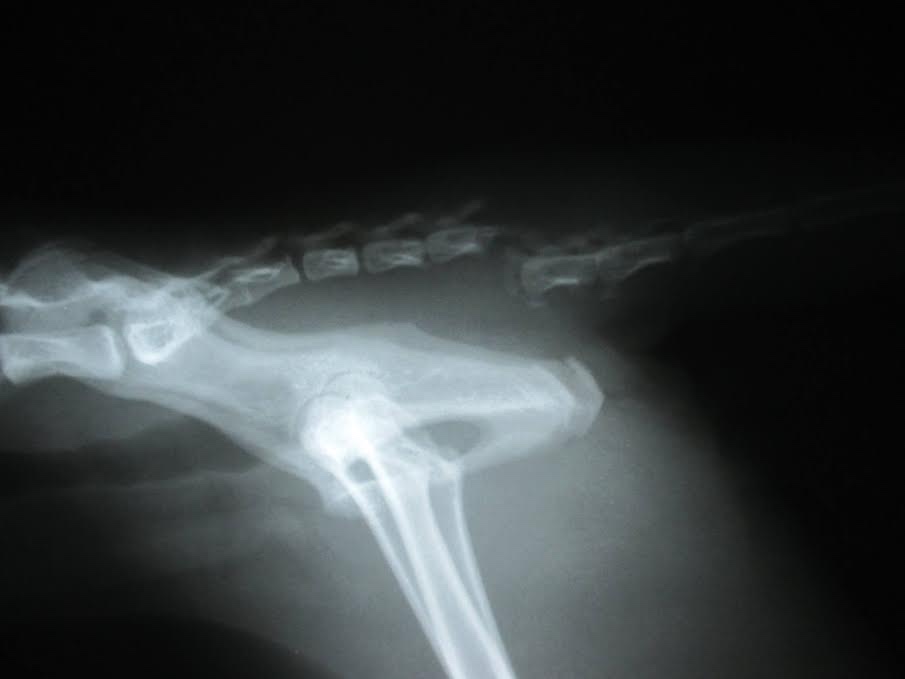 How did this happen? We assumed that when Bill Murray went missing he sustained a significant injury like a fall from a great height OR being struck by a car. This caused his diaphragm (the muscle separating the chest and the abdomen) to have a tear or hole in it. The organs in the abdomen migrated up through this hole and crowded his chest cavity! It was amazing that he was still able to breathe, eat and walk around!

I quickly called the speciality veterinary centre in Edmonton and got Bill Murray sent there ASAP for emergency surgery. This surgery involved moving the organs that had shifted into the chest back into the abdomen, repairing the hole in his diaphragm and restoring the negative pressure in his chest. It involved specialty equipment such as a ventilator to ensure he could breathe properly under anesthesia. The surgeons also amputated his tail where it was broken as well.

Bill Murray the cat recovered quickly and was sent home within 24 hours! He is currently back to his normal self and living a completely normal life. He was one lucky cat to survive this whole ordeal. 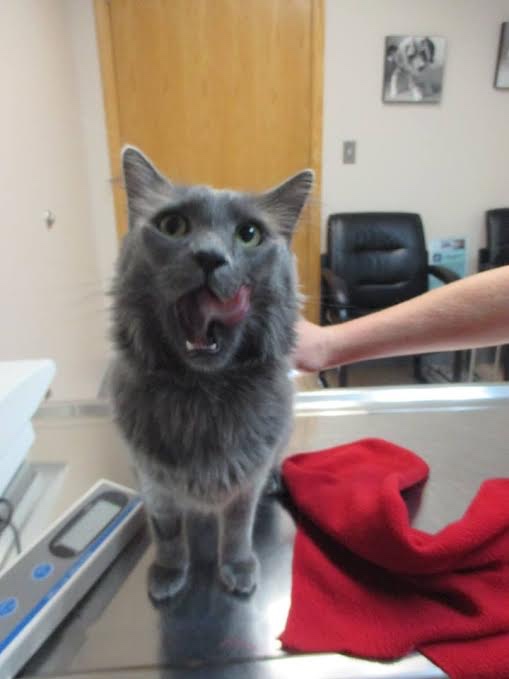