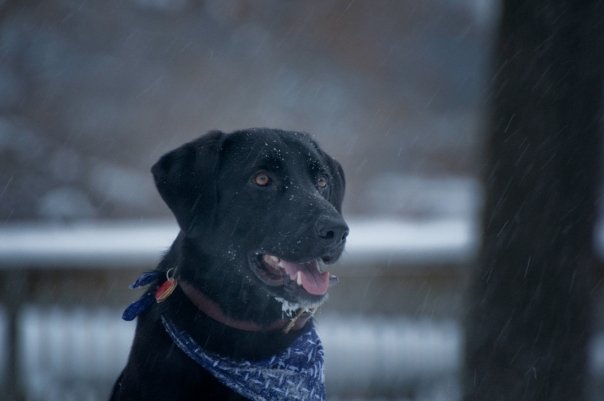 My Experience with Acupuncture Treatment for my Dog

Cruizer is a 10-year-old Labrador-Shepherd mix that I rescued at 5 months old.  He has been a healthy and happy addition to our family, and one of the most rewarding dogs I have ever trained.  Three years ago he was diagnosed with a chronic form of Intervertebral Disc Disease, and this has been our experience with acupuncture to treat his disease.
Cruizer is not your ‘typical’ disc disease dog.  We suspected he had torn a ligament in his knee, but after a series of knee and hip x-rays the diagnosis was a possible soft tissue injury.  Our veterinarian prescribed anti-inflammatories, rest, and we started Cruizer on a diet specific for joints along with supplements.  We did see an improvement initially with Cruizer, but within a few weeks, he was exhibiting odd behaviour again- holding his leg up, freezing, standing in the closet with his head pressed against the wall.

A recheck orthopedic exam and more diagnostics were in order.  This time we noticed a warm spot on Cruizer’s back, midway between his shoulders and hips.  X-rays revealed a narrowing of the joint space in the vertebrae around the junction of his thoracic and lumbar vertebrae.  Treatment at this point included anti- inflammatory medications, muscle relaxants, and rest.  Cruizer appeared to feel relief almost immediately and was back to acting like a puppy again- chasing squirrels, running after Frisbees, something we had not seen for almost a year.

All seemed well until about 3 months later when we noticed he wasn’t finishing his food.  Assuming he had become bored with the diet, we tried a number of ways to ‘entice’ him to eat.  Our efforts were short lived and even with attempts to change diets he was starting to lose weight.  It wasn’t until I witnessed him throw up bile mixed with blood that we realized- he had developed a stomach ulcer from the anti-inflammatory medication, a known yet uncommon side effect.

As I watched Cruizer’s symptoms return, and his behaviour change as a result of being in pain I often felt desperate to find some relief for him.   I made an appointment with a holistic veterinarian to discuss acupuncture treatment and alternative options to medications.  While receiving his first acupuncture treatment, Cruizer fell asleep on the table.  The amount of relief he received was obvious in his demeanour and face, and I was sold on the treatment from that point on.  Since then Cruizer has continued to receive regular acupuncture treatments from Dr. Wilson, and we have expanded them to include pressure points that deal specifically with his stomach. 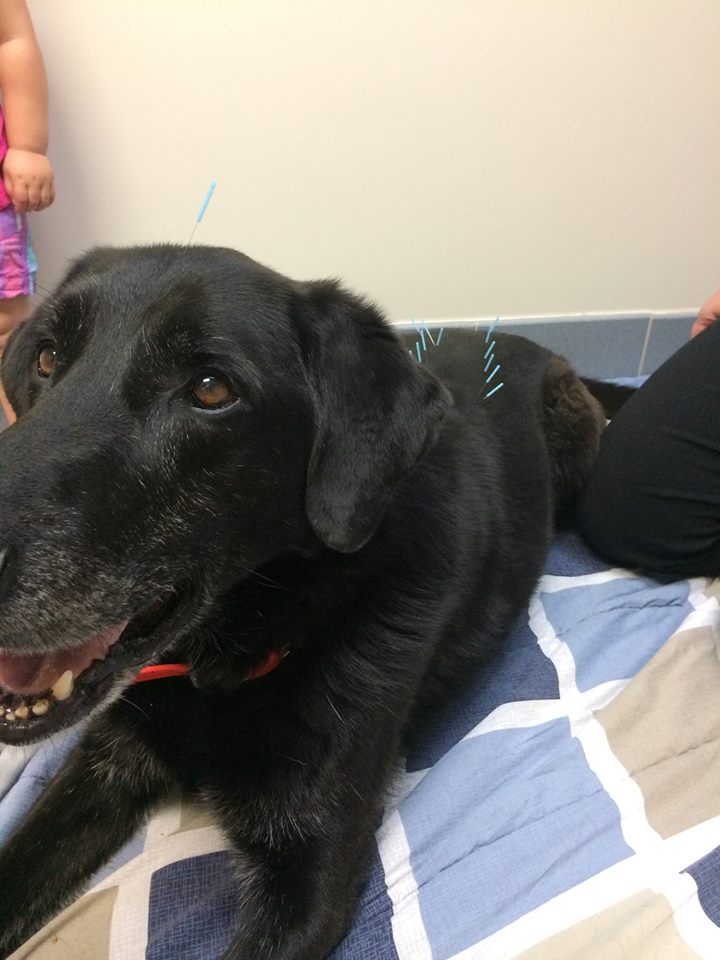 I am pleased to report that Cruizer rarely requires medications, and is manageable with Hills Joint Diet, Flexadin and Cartrophen injections along with his regular visits to Dr. Wilson.  He is like a puppy again after a treatment, often found playing ball or trying to engage in a game of chase with our 6-month-old Border Collie puppy.  I am convinced that if we had not chosen to pursue acupuncture treatments for Cruizer we would have been faced with having to consider euthanasia as we were unable to manage his pain.  Acupuncture has been a lifesaving treatment for my pet and I will continue to share my experience with clients for years to come. 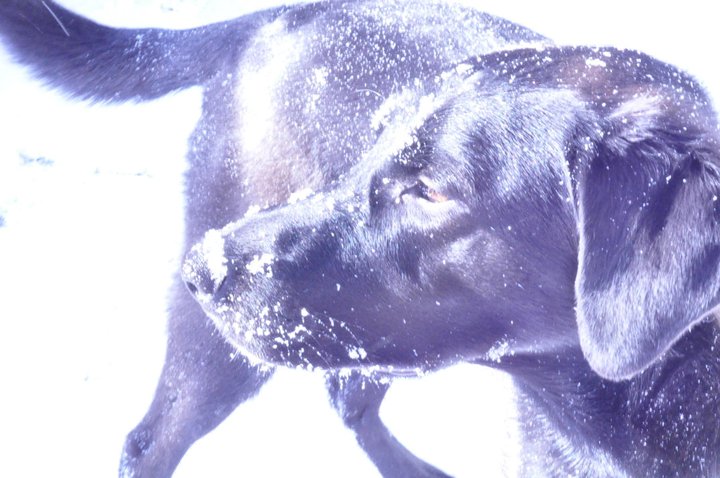