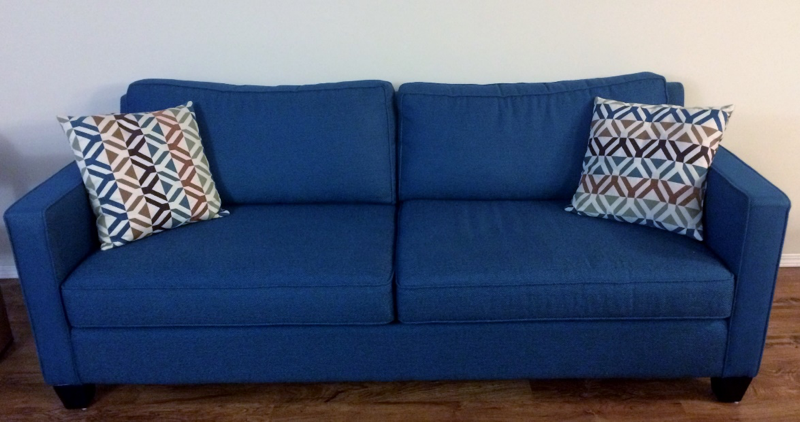 My Cat and my Furniture 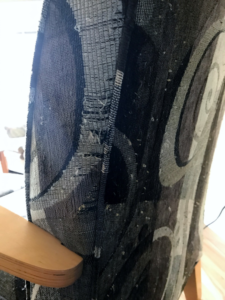 So, I just bought a brand-new couch…

…and this is what she did to the last set of furniture I had (that was thankfully free).

Here are some tips and tricks I’ve tried to minimize damage to the furniture without harming Peaches (the cat) in any way.

So I wanted to prevent the same thing from happening to the new couch. First things first, I made sure she had her own thing to scratch…

I have a few scratching posts in the house, including a homemade one, but I wanted one that looked good and was tall enough for her to get a full-length stretch-and-scratch. So I got her a fancy new scratching post to go with the new couch. I set this up on the same day that the couch was delivered and introduced her to it right away. I sprayed it down with catnip spray and let her explore it thoroughly – she was impressed. 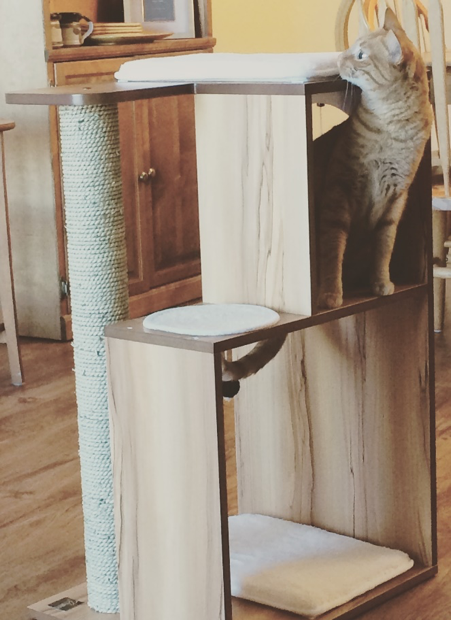 Then, when the new couch arrived, I sprayed that with Feliway – this is a cat pheromone that mimics the pheromone cats leave when they mark their territory. So the message she got right away when she smelled the couch was that it was already her territory. I also filled a spray bottle with water and set it next to the couch so if she was considering scratching the couch; I could discourage her right away. Some cats will respond to clapping or snapping their fingers, Peaches ignores those so a spray bottle it is. I had a back-up plan as well, in case none of the above worked…

Soft Paws are rubber caps that fit over a cat’s claws and are attached with super glue. They last 4-6 weeks and prevent the cat from doing damage with their claws. These generally work well for most cats, but Peaches is special and will chew them off her nails. I have tried a few different options and have decided it is not worth the effort for her. For most cats though, this is an excellent option and owners are often able to apply the caps themselves, if not we are more than happy to do it here at the clinic. Then you can paint your nails to match your cat!

The other option that I wasn’t willing to consider, but can be an option for some people, is declawing. This is a surgical procedure that involves removing the first joint on the toe to which the claw is attached. It is generally only done on the front feet. This procedure is very painful and not all cats adapt well. Veterinarians are usually only willing to consider performing this surgery if it is the last option for the cat, especially if they are using their claws for more aggressive things such as scratching their owners. My couch isn’t that important to me but hopefully with the options above, my cat and my couch can continue to coexist peacefully.