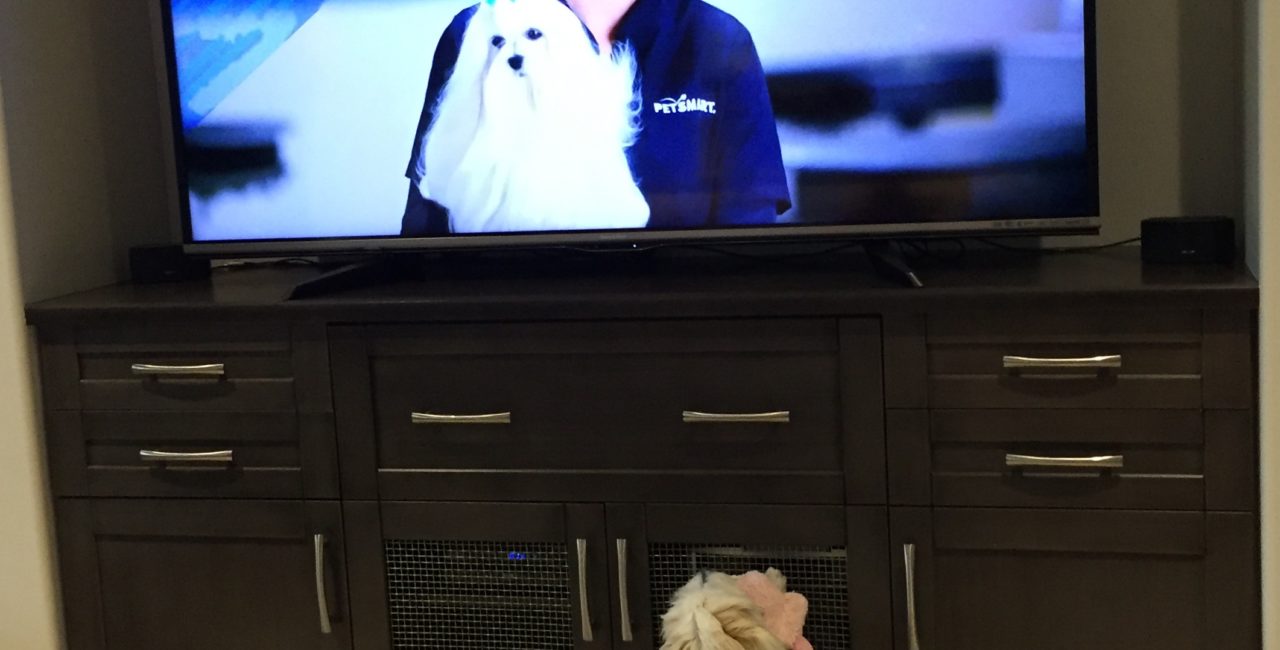 Why Do Dogs Watch TV?

This one has intrigued me for some time now, as my dog Hazel LOVES to sit and watch TV!  She will come running enthusiastically from wherever in the house to the sound of her favourite commercials!

Domestic dogs can perceive images on TV like we do, and they are smart enough to recognize onscreen images of animals as they would in real life.  This even applies to animals they’ve never seen before!  Dogs can recognize sounds, like barking, or associate songs with commercials.

Dog TV is a cable channel designed for dogs with a much higher number of frames per second and is specially coloured to suit dogs dichromatic vision.  Unfortunately, it’s only available in Canada through online streaming.

Why Do Dogs Sniff Butts?!

This is likely one of the most strange dog behaviours, especially when humans are involved!  Dogs commonly smell the hind end of another dog when meeting them as a sort of “handshake”.  Dogs don’t know that this greeting is unwelcome to humans.

Butt sniffing is a natural and instinctive form of a dog to dog communication, which helps to share information.

Dogs have a very sharp sense of smell, estimated to be 10,000 – 100,000 times more sensitive than the human sense of smell!  They also have an organ in their nasal cavity known as the vomer nasal organ.  The vomer nasal organ is used to detect pheromones, chemical messengers that carry information.  This organ’s function can be described as a combination of taste and smell.  Dogs can literally taste the air!

Some dogs interact with humans as they would another dog, and this can be quite embarrassing!  At the end of the day, it just means that the dog is being a dog, and is seeking out information about the person they are meeting.